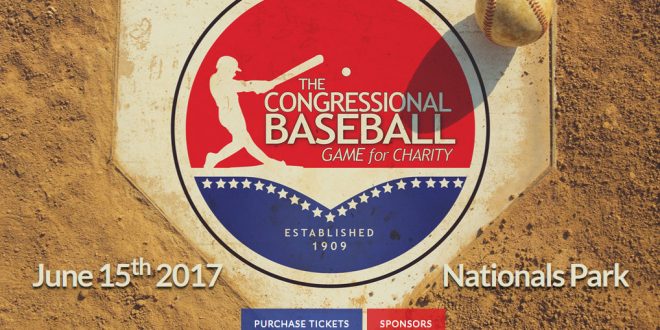 A House Democrat scheduled to play in the Congressional Baseball Game said Wednesday the charity event will still happen despite this morning’s shooting of Rep. Steve Scalise (R-La.) and several others. Rep. Eric. Swalwell (D-Calif.) tweeted that the game will continue as scheduled on Thursday evening. “The #congressionalbaseballgame is on,” Swallwell tweeted. “We will play for charity, but also for the victims & the heroic officers who took down the shooter.”

With some years missed due to wartime or other issues, the game has been played annually since 1909 and currently benefits the Washington Boys And Girls Club and other DC charities. Last year the game raised over $500,000.

As of 2016, Republican and Democrats are tied with 39 wins each. Tickets for tomorrow’s game are on sale for $15 each and corporate sponsors include many of the nation’s most well-known brands.

Previous LIVE VIDEO: Trump Comments On Virginia Shooting
Next Sen. Bernie Sanders Reacts To Virginia Mass Shooting: I Am Sickened By And Condemn This Despicable Act