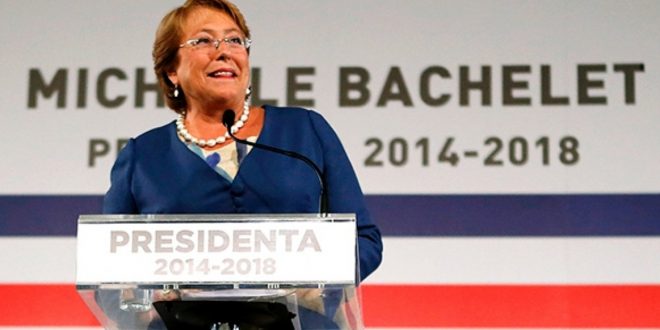 Chilean President Michelle Bachelet announced plans on Thursday for new infrastructure including an underground railway line and copper smelter, and said she would push forward on her promise to get a law passed that would allow for same-sex marriage.

Her wide-ranging annual state-of-the-union speech to Congress in the port city of Valparaiso, which lasted over two hours, largely emphasized what she saw as the achievements of her centre-left government in its first three years.

As her term enters its final stretch, fresh announcements included plans to begin work on a new underground railway line for fast-growing capital Santiago, which local media estimated would cost some US$2.9 billion, and to study the viability of a badly-needed new copper smelter.

The president also said her government would send a bill to Congress in the second half of 2017 to allow marriage between same-sex couples, and confirmed plans to submit a pension reform bill in July.