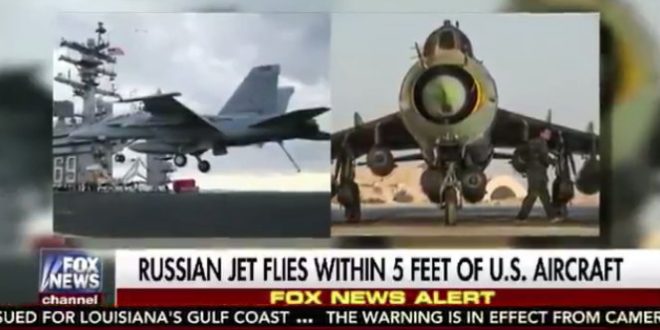 An armed Russian jet came within five feet of a U.S. reconnaissance plane over the Baltic Sea, CBS News national security correspondent David Martin reports. A U.S. official said Tuesday that the Russian aircraft came within five feet of a wing tip for a U.S. RC-135 reconnaissance plane. The Russian jet then passed under the U.S. aircraft and came up near the other wing tip.

The U.S. Air Force considers the incident to be an unsafe intercept, Martin reports. The incident took place 25 miles northwest of the Russian enclave of Kaliningrad, which is located between Lithuania and Poland in northern Europe. The incident comes amid rising tensions between the U.S. and Russia after the U.S. downed a Syrian jet on Sunday. Washington and Moscow are backing different sides in Syria’s civil war, which has dragged on for more than six years.