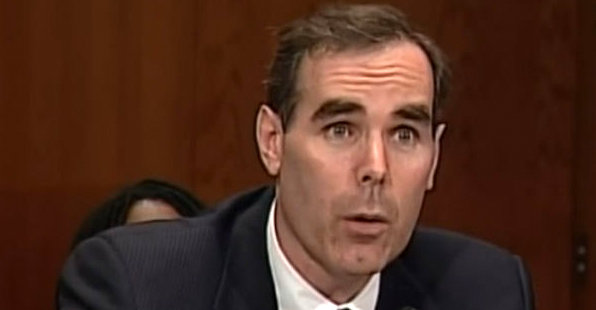 Eric Dreiband’s nomination immediately drew criticism from activists about his commitment to their priorities. The groups have been closely watching how Attorney General Jeff Sessions reshapes the division, which traditionally is subject to the most radical shift in agendas with each change in presidential administration.

Dreiband is part of a steady stream of Jones Day partners flowing into the Trump administration that includes White House counsel Don McGahn. Dreiband did not return a call seeking comment Thursday evening.

Most notably, equality advocates are alarmed at Dreiband’s nomination due to his representation of the University of North Carolina after LGBTQ advocates sued over the university’s decision to abide by the state’s controversial HB 2 law.

Under that law, transgender people were required to use only those facilities matching their assigned sex at birth, and state agencies were prohibited from extending forms of nondiscrimination protections to LGBTQ people.

In a separate case, Dreiband represented nonprofit organizations seeking religious exemptions from having to provide insurance coverage for contraception under the Affordable Care Act. He also argued against proposed legislation that would have allowed victims of gender and age discrimination to be compensated for their injury.

Kristen Clarke, president and executive director of the Lawyers’ Committee for Civil Rights Under Law, said after Attorney General Jeff Sessions took over this year, the Justice Department has not enforced civil rights as strongly as it had before.

“Our preliminary review of Mr. Dreiband’s record suggests that he brings little to no experience in the critical areas of voting rights, policing reform or criminal justice generally,” Clarke said. “Millions of Americans gripped by the rise in racially-motivated hate crimes, voter suppression and an unfair criminal justice system are watching.”

Dreiband has made a career going against women and LGBT rights. As a lawyer for the Equal Employment Opportunity Commission under President George W. Bush, Dreiband testified before Congress against legislation that would prevent wage discrimination.

As a private attorney, Dreiband represented organizations seeking religious exemptions to avoid providing contraceptive coverage for women in the workplace. He also argued on behalf of the University of North Carolina in support of a law that discriminates against trans people.

With a history of restricting civil rights, Drieband’s record must be thoroughly examined and weighed for his fitness to serve in the position that is supposed to advocate for the rights of all Americans, regardless of their background. We will watch Dreiband closely, and urge senators to ask the tough questions during his confirmation process.