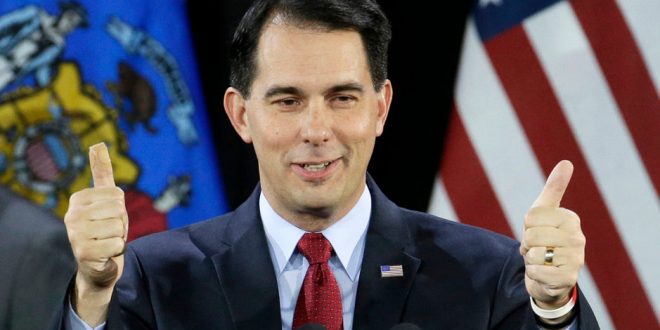 Because he’s a monster. The Milwaukee Journal-Sentinel reports:

Gov. Scott Walker said Friday he would consider having Wisconsin opt out of the pre-existing condition policies under the Affordable Care Act, depending on the final version of legislation headed to the U.S. Senate.

The Republican governor stressed that the Senate was likely to make significant changes to the bill the House approved Thursday to overhaul the Affordable Care Act, also known as Obamacare. The House plan would allow states to opt out of requirements for insurers on what they can charge people with pre-existing conditions.

“That’s something we would certainly consider. It depends on the conditions, and again, what’s in the House bill could be very different than what’s in the Senate bill and what finally comes to the president, ” he told reporters at a stop in Madison to promote tourism. “So I’m going to wait till I see what’s in the final version.”

Democrats said they were appalled Walker would entertain an idea that could result in people with cancer or other life-threatening illnesses paying much more for insurance.