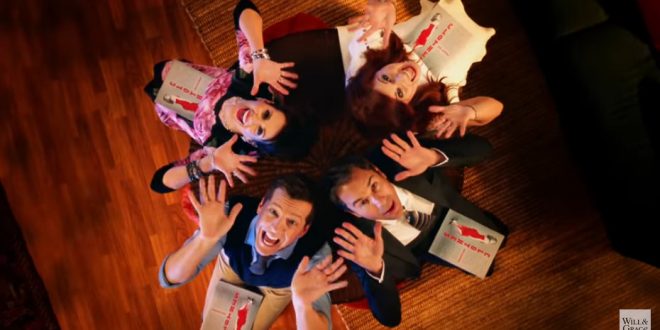 In anticipation of NBC’s “Will & Grace” revival this fall, Will, Grace, Jack and Karen have reunited in the first official trailer for the special event series. The five-minute-long trailer begins as the titular characters exit the office of Bob Greenblatt, the president of NBC Entertainment. The limited 12-episode run brings back cast members Eric McCormack, Debra Messing, Sean Hayes, and Megan Mullally with original series creators Max Mutchnick and David Kohan, who will serve as showrunners and executive producers. James Burrows, who directed the entire eight-season run of the original series, is back as director and executive producer on the revival. Universal Television is producing.