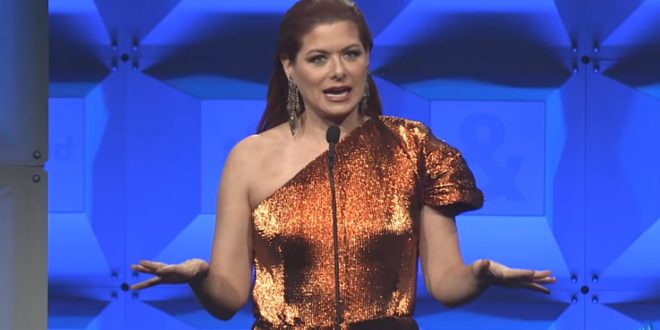 It’s time to make America gay again. And Debra Messing’s acceptance speech for Excellence in Media at the 28th annual GLAAD Media Awards on Saturday may be the perfect place to start.

Equal part hilarious and scathing, the actress, who recently signed on for the impending Will & Grace revival, didn’t mince words in her call to action. Especially not when it came to Ivanka Trump.

“There is someone I would like to make a direct appeal to this evening: The Secretary of State, Ivanka Trump,” said Messing. “Ivanka, girlfriend, what are you doing? Come on, it’s me Deb, let’s talk for a second, one Jewish mother to another. It is not enough to simply say that women’s issues are important to you, it’s time to do something.”