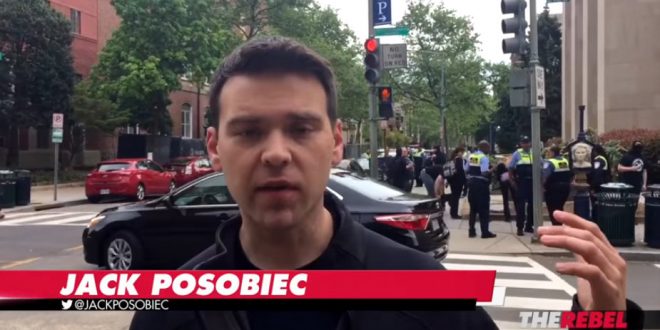 After months of trying to move the political needle in favor of Marine Le Pen in the French presidential election, American far-right activists on Saturday threw their weight behind a hacking attack against her rival, Emmanuel Macron, hoping to cast doubt on an election that is pivotal to France and the wider world.

The efforts were the culmination of a monthslong campaign against Mr. Macron after his candidacy began to gain steam this year, with digital activists in the United States and elsewhere regularly sharing tactics, tips and tricks across the English- and French-speaking parts of the internet.

It is unclear whether the leaked documents, which some experts say may be connected to hackers linked to Russia, will affect the outcome of the election on Sunday between Ms. Le Pen, the far-right candidate from the National Front, and Mr. Macron, an independent centrist. But the role of American far-right groups in promoting the breach online highlights their growing resolve to spread extremist messages beyond the United States.

Jack Posobiec, a journalist with the far-right news outlet The Rebel, was the first to use the hashtag with a link to the hacked documents online, which was then shared more widely by WikiLeaks. Mr. Posobiec remains the second-most mentioned individual on Twitter in connection with the hashtag behind WikiLeaks, according to a review of the past 100,000 Twitter posts published since late Friday.

While there is no evidence that the breach against Mr. Macron’s campaign was organized by this loosely connected group of far-right campaigners, the American activists have been gathering on sites like 4chan and Discord, which were previously used to coordinate support for Donald J. Trump’s presidential campaign.

My parents have received death threats at their home. FBI contacted.