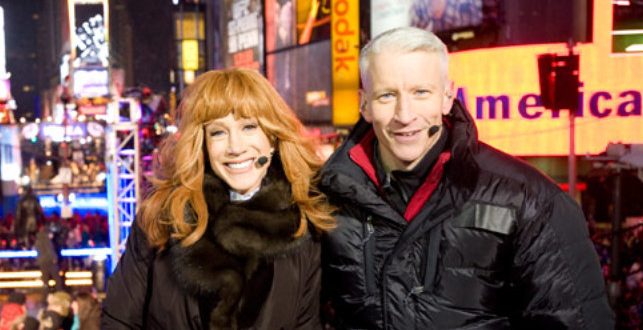 CNN has expressed disapproval of comedian Kathy Griffin’s gruesome photo depicting her clutching President Trump’s severed head and said it is “evaluating” whether she will continue to participate in the network’s annual New Year’s Eve coverage.

“We found what she did disgusting and offensive,” a CNN spokesperson said in a statement Tuesday evening. “We are pleased to see she has apologized and asked that the photos be taken down. We are evaluating New Year’s Eve and have made no decisions at this point.” Griffin has cohosted CNN’s New Year’s Eve Live for 10 years running with Anderson Cooper, who also denounced her stunt.

For the record, I am appalled by the photo shoot Kathy Griffin took part in. It is clearly disgusting and completely inappropriate.

The July 22nd performance by Kathy Griffin has been cancelled.

Previous Trump Alarms Security Experts By Handing Out His Cell Number To World Leaders And Inviting Their Calls
Next Margaret Court: Gays Are Like Hitler, Trans Kids Are Possessed By Satan, And Tennis Is Full Of Lesbians