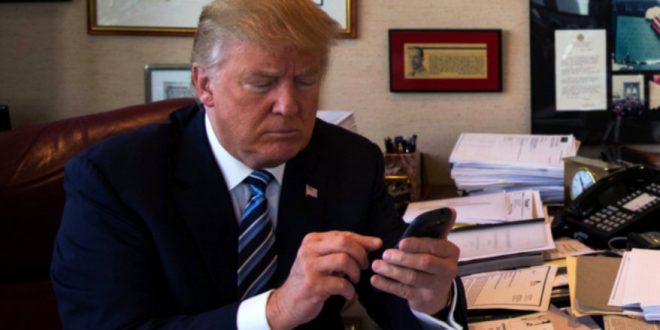 President Donald Trump has been handing out his cellphone number to world leaders and urging them to call him directly, an unusual invitation that breaks diplomatic protocol and is raising concerns about the security and secrecy of the U.S. commander in chief’s communications.

Trump has urged leaders of Canada and Mexico to reach him on his cellphone, according to former and current U.S. officials with direct knowledge of the practice. Of the two, only Canadian Prime Minister Justin Trudeau has taken advantage of the offer so far, the officials said.

Trump also exchanged numbers with French President Emmanuel Macron when the two spoke immediately following Macron’s victory earlier this month, according to a French official, who would not comment on whether Macron intended to use the line.

Presidents generally place calls on one of several secure phone lines, including those in the White House Situation Room, the Oval Office or the presidential limousine. Even if Trump uses his government-issued cellphone, his calls are vulnerable to eavesdropping, particularly from foreign governments, national security experts say.

Something something Hillary private server something.