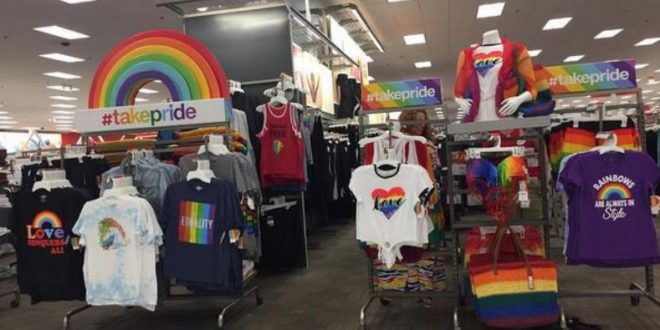 If the Target corporation is imploding, then it’s going down in a rainbow blaze of glory. Despite taking a year-long beating on Wall Street, the stubborn LGBT ally is clinging to the radical agenda that earned it the scorn of almost 1.5 million consumers. After refusing to change its bathroom and changing room policy (despite a growing number of predators in stores across America), executives are getting even more aggressive with their extremism.

Down more than 30 percent on the stock market, Target executives are turning to #TakePride merchandise to save them. From rainbow bags, cell phone cases, and t-shirts, stores are literally selling out half the country with its brazen line. Of course, this is nothing new for the retail giant, who, long before the Supreme Court redefined marriage, annoyed shoppers with its “love is love” merchandise.

Now, after taking a 13-month PR beating, the company still hasn’t learned its lesson. It may as well be the Titanic, speeding up to hit the iceberg. “Everyone deserves to feel like they belong,” the company said in a statement about its new LGBT gear. But apparently, not everyone deserves to feel safe. That’s the irony. Target may be selling rainbow clothes, but they can’t guarantee that women can try them on without running into a man in the fitting room.