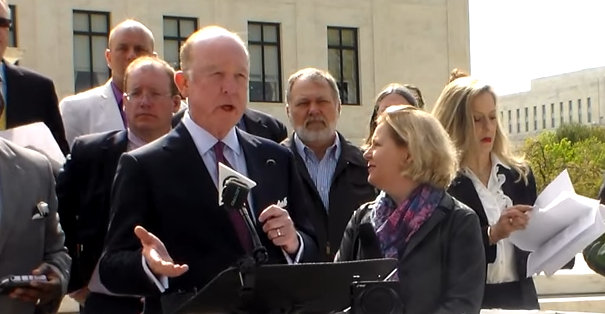 So why is [Texas Lt. Gov. Dan] Patrick rejecting the business community’s pleas for restraint? Why is he ready to waste millions of dollars in taxpayer money for a special session to address a bill most Texas lawmakers want nothing to do with? The answer can be found in a blog post written by Patrick’s close ally and long-time supporter, Steven Hotze, president of the Houston-based Conservative Republicans of Texas.

“There are Texas Legislators who call evil good and good evil … who would allow perverted men and boys, who sexually fantasize that they are women, to enter women’s and girls’ bathrooms, showers and locker rooms,” Hotze wrote a day before Patrick’s press conference. Hotze urged Christian conservatives to pray.

“In the Name of Jesus, I prophesy and declare: May all the individuals serving in the state legislature, and their staff, who support, promote and practice sodomy and other perverted, sexually deviant lifestyles … receive just retribution from God for their evil actions,” he wrote. “May they be consumed, collapse, rot and be blown away as dust from their current positions because of their wicked works, thoughts and deeds.”

You may recall that last year Hotze compared gays to “communist termites” eating away at America’s moral fabric. He is also fond of declaring that it’s now a hate crime to denounce homosexuality. It was Hotze who bankrolled the successful campaign to repeal Houston’s “wicked, evil, Satanic” LGBT rights ordinance, during which he compared gays to rapists and murderers. (Tipped by JMG reader Tom)

@scottbraddock @DanPatrick Probably worth posting this Hotze tidbit from the 2015 campaign season in Houston.