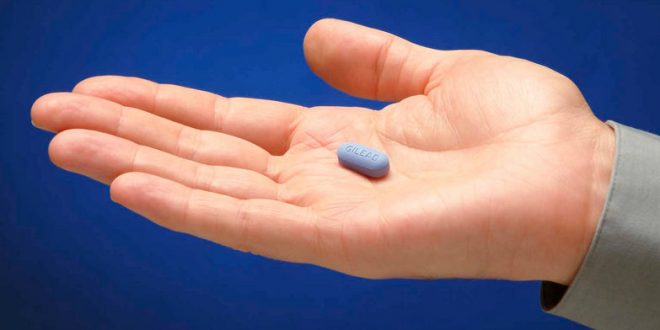 The latest treatments for HIV mean that young people living with the virus could live up to a decade longer, a new study says. The paper, published Wednesday, found that 20-year-olds who started with antiretroviral therapy in 2010 are predicted to live up to 10 years longer than those who first underwent similar treatment in 1996 — when it first became widely available. Researchers at Bristol University in the UK said the improvements are due to fewer side effects and less toxic drugs with greater options for patients who are infected with drug-resistant HIV strains.

More from the Telegraph:

See the full study at The Lancet.

Previous Propaganda Minister Conway: It Was Totally Sexist For Anderson Cooper To Roll His Eyes At Me [VIDEO]
Next Trump Jr. Defends Daddy’s Firing Of Comey By Tweeting Claim That Bill Clinton Had Vince Foster Murdered