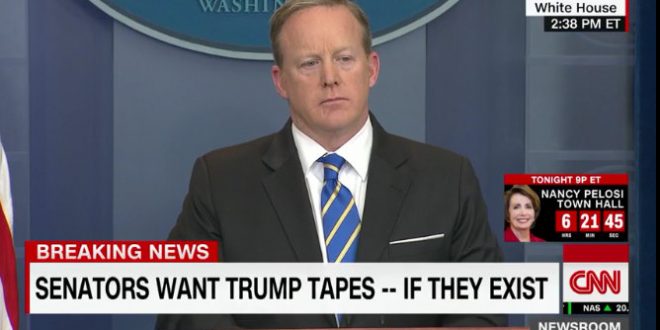 White House Press Secretary Sean Spicer refused to comment on the existence of taped conversations between President Donald Trump and former FBI director James Comey. During a Monday press briefing, Spicer repeatedly stated that Trump had “nothing further” to say about alleged taped recordings, which Trump first referenced in a Friday tweet.

During the Monday press conference, Spicer neither confirmed nor denied whether the tapes existed. Asked if Trump would cooperate with legislators’ request to turn over the tapes, Spicer stated that “I made it clear what the president’s position is on that issue.”

Senators want Trump's Comey tapes — if they exist. Will the WH comply?

Spicer: Trump "has nothing further on that" https://t.co/iQV2e6c4Eh