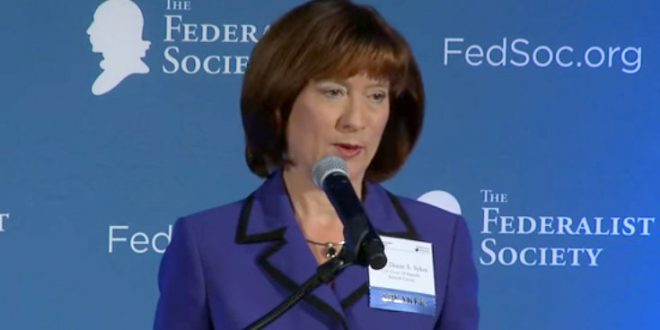 In oral arguments Monday, a panel of three judges for the Seventh Circuit Court of Appeals examined whether Indiana discriminates by not recognizing two married women both as parents on their children’s birth certificates without having to adopt.

Judge Diane S. Sykes drew distinctions between biological parentage and parental rights, and which of the two should be represented on birth certificates. “You can’t overcome biology,” Sykes said. “If the state defines parenthood by virtue of biology, no argument under the Equal Protection Clause or the substantive due process clause can overcome that.”

“Your Honor, with all due respect, we maintain that parenthood is no longer defined by biology,” said Karen Celestino-Horseman, the attorney for eight same-sex couples who brought the lawsuit against the state for only allowing only a mother and a father to be named on birth certificates. “That’s a policy argument to take to the legislature,” Sykes responded.

The state of Indiana is appealing a lower court’s ruling that sided with the parents. The Seventh Circuit’s ruling will likely come later this year.
RELATED: Last year Diana Sykes was on an early Trump shortlist for the Supreme Court. As you can see, Neil Gorsuch was not.