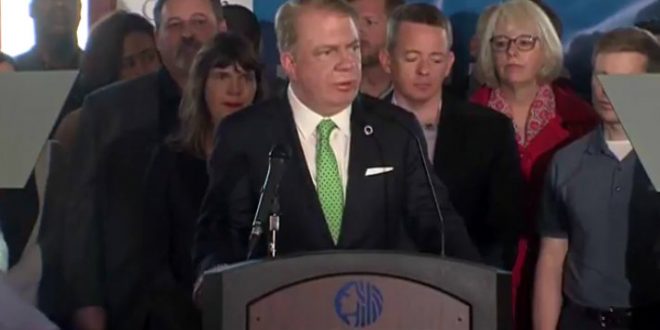 Seattle Mayor Ed Murray won’t seek a second term in office, dropping his reelection bid as he faces allegations of sexual abuse from four men. Little more than a month after Murray was first publicly accused of paying a teen boy for sex in the 1980s, Murray said Tuesday morning that he will remain in office for the rest of his term but won’t seek re-election. His political career, he said, is over.

“This lifelong love, this political career, this career that has been my life, will come to an end on Dec. 31,” Murray said. “It tears me to pieces to step away, but I believe it is in the best interest of this city that I love.”

The mayor repeatedly denied the claims in the lawsuit brought by Delvonn Heckard, a Seattle-area man who said Murray sexually abused him decades ago when he was a teenager. Murray faces similar allegations from three other men who have not pursued legal action.