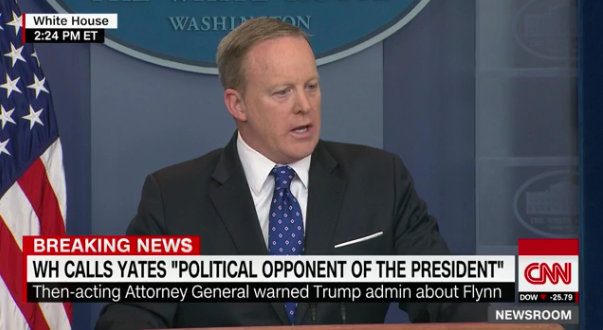 Sean Spicer: Trump Is Sending Out A “Certified Letter” Totally Proving That He Has No Connections To Russia

Oh, well then. A letter. That settles it, huh? Talking Points Memo reports:

“The President, obviously, was aware of Sen. Graham’s suggestion after he made it today and he’s fine with that,” Spicer said Tuesday. “He has no business in Russia. He has no connections to Russia. So he welcomes that.”

“In fact, he has already charged a leading law firm in Washington, D.C. to send a certified letter to Sen. Graham to that point, that he has no connections to Russia,” Spicer added. “So that should be a really easy look.”