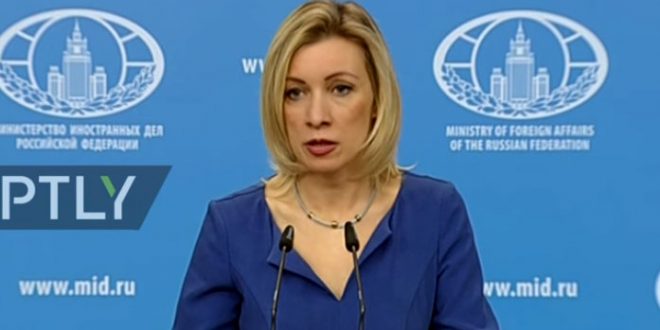 Russian Spox Appears To Contradict Trump: It’s “Fake News” That He Shared Classified Intelligence With Us

On Tuesday, US President Donald Trump wrote on Twitter that he was acting within the privilege afforded his position when he shared intelligence with Russian officials at the White House last week.

And Maria Zakharova, a spokesperson for the ministry, left a dismissive post about the report on her Facebook page. “Guys, have you been reading the American newspapers again?” she wrote. “You shouldn’t read them. You can put them to various uses, but you shouldn’t read them. Lately it’s become not only harmful, but dangerous, too.”

Previous Trump: I Have The Right To Share Intel With Russia
Next Colbert: You’re A Bad President, Please Resign [VIDEO]