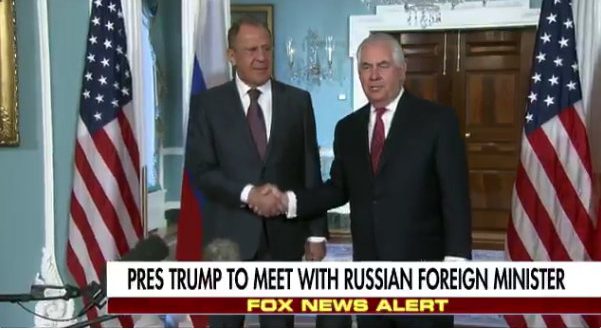 Of course the Russians are thrilled:

“I want to welcome foreign minister Lavrov to the state department and express my appreciation for him making the trip to Washington so that we can continue our dialogue and our exchange of views that began in Moscow,” Tillerson said.

A reporter asked whether the firing of Comey “cast a shadow” over the talks. “Was he fired?” Lavrov said in response. “You are kidding, you are kidding.”

"Was he fired? You are kidding!" – Russian Foreign Minister Sergei Lavrov asked in US about ex-FBI chief James Comeyhttps://t.co/IrFi991lJz pic.twitter.com/xbEnYQJJsC