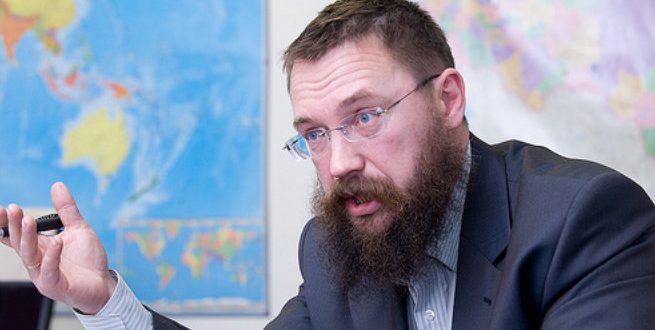 A chain of Russian food stores run by a devoutly religious nationalist businessman has placed signs in its windows saying gay customers will be refused entry.  “No entry for faggots,” read a wooden plate at the entrance to one of German Sterligov’s shops in central Moscow.

Sterligov, 50, became a millionaire by opening a mercantile exchange shortly before the Soviet Union’s demise. Later in his career he turned devoutly religious and retreated with his family to rural Russia to sell organic farm produce.

“Our planet is full of filth and sick humans,” Sterligov told Reuters Television at a country fair outside Moscow. “In front of our eyes is the historical experience of Sodom and Gomorrah when God burned these towns,” he said, referring to a passage from the Old Testament.

At the same fair, Sterligov addressed the crowd to praise Trump, declaring, “May God grant him good health.” Below is one of the signs.