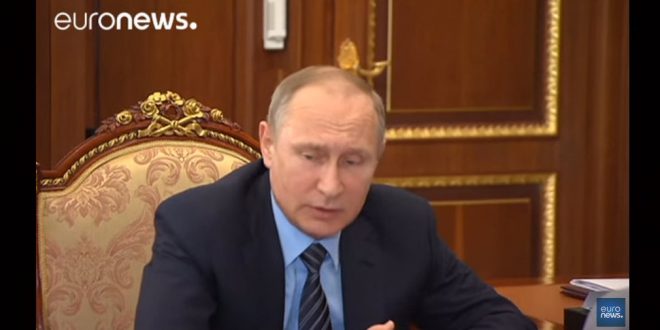 Russian President Vladimir Putin on Friday said he supports an investigation into the reported torture and murder of gay men in Chechnya, days after German Chancellor Angela Merkel pressed him on the issue.

Putin said he would personally ask the chief prosecutor and the interior minister to cooperate with human rights ombudswoman Tatyana Moskalkova in an investigation into the reported brutal treatment of gays in the North Caucasus republic.

In televised comments, Putin agreed that Moskalkova should investigate “rumors, you could say, about what is happening in our North Caucasus with people of non-traditional orientation,” he said referring to gays.

Moskalkova informed the president that she had recently been tackling violations of LGBT people’s rights. “I have forwarded a number of requests to the prosecutor general’s office and investigative agencies. I would like to ask you to hand down instructions on setting up an inter-agency working group that would be active here in Central Russia instead of Chechnya and receive people’s requests if any are made,” Moskalkova said addressing the president.

According to the human rights ombudsperson, at present, probes into violations of LGBT people’s rights in the North Caucasus are hampered by the fact these people are not ready to give their names. “At the same time, our law on witness and victim protection allows to use powerful state tools to protect them, particularly protect their identities and even issue new IDs for them. When they are ready to step forward, then we will be ready to protect them and restore their rights,” the country’s human rights chief added.