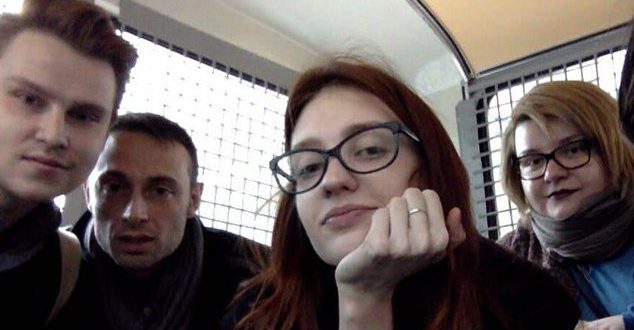 RUSSIA: Police Arrest Five Activists As They Attempt To Deliver Petitions Calling For Action In Chechnya

Five gay rights activists have been detained in Moscow as they tried to deliver a petition to the office of Russia’s prosecutor general. Police said they were held because their action was unauthorised. The activists said more than two million people had signed the petition to investigate alleged torture and detentions of gay people in the Russian region of Chechnya. Chechen officials have denied that gay people even exist in the republic.

The petition demands immediate and full investigation into the murder and torture of gay men in Chechnya. The delivery was scheduled at 11am Moscow time, and was organised by Russian LGBT Network along with Avaaz and AllOut. “When stepped out of the car, we immediately saw a lot of police ready there already. Looks like they waited for us and knew we were planning this action,” said Nikita Safronov, one of the petition starters. “So, unfortunately, as we barely left the car with all the boxes, we got immediately detained by the police.”

Russian activists were arrested delivering #Chechnya petition. We spoke to them inside the police van:https://t.co/mFsSHF7qrp pic.twitter.com/uLiBTunJTI