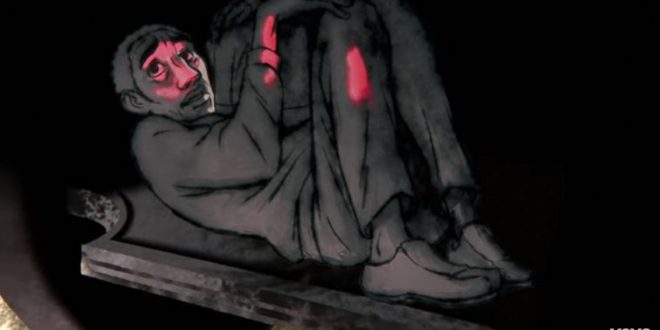 Elton John and long time co-writer Bernie Taupin have made some of the most famous pop songs of the 20th century. Many of the pair’s biggest hits came during a highly productive period in the early 70s, with songs including Tiny Dancer, Rocket Man and Bennie and the Jets. This period of work formed the basis of a competition which saw three entries win the opportunity to make a video for each of these three songs. Released before the hegemony of the MTV, Elton John asked YouTube to help cement the legacy of these tracks with official music videos.

At a special screening in Cannes, Elton and Bernie viewed the winning entries, as chosen by themselves and an expert panel including Oscar-winning director Barry Jenkins. The winners included: Max Weiland’s live-action take on Tiny Dancer; Majid Adin’s animation for Rocket Man; and Jack Whiteley and Laura Brownhill’s choreographed interpretation of Bennie and the Jets. Each winning entrant presented their work with a few words.

Majid Adin’s winning video for Rocket Man is a poignant animated work which draws on his personal experiences as an Iranian refugee making his way to England – giving a new perspective to the lyrics and themes of travel and loneliness. A fine art university graduate working in animation production, Adin travelled across Europe during the 2015 refugee crisis, spending time in the infamous Calais Jungle camp before being granted asylum in the UK and now rebuilding his life as an artist in Britain. Majid partnered with animation director Stephen McNally to realise his vision for this achingly powerful and human story.