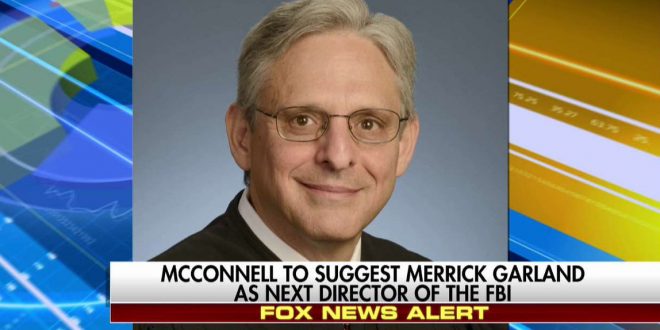 “I think the Senate majority leader thinks that’s a fantastic idea,” Holmes said during a panel discussion on “Fox News Sunday.” He was reacting to Sen. Mike Lee, R-Utah, floating the idea last week. “It’s somebody who obviously Democrats have significant trust and respect for, they’ve articulated that over the last year, and someone who can do the job impartially and I think he is going to be prepared to make that suggestion,” he added.

Other Republicans floated the idea days ago:

A pair of Utah lawmakers, Sens. Mike Lee and Orrin Hatch, are urging the White House to include Garland’s name in the search for the next FBI director after President Trump fired James Comey on Tuesday night.

“I suggested that [the White House] ought to consider him,” Hatch told reporters on Thursday. “I didn’t say they should just pick him. I know they’ve got some really excellent people, but I said put Merrick in the list too.”

Lee separately floated on Twitter that instead of naming a special prosecutor for the FBI’s investigation into Russia’s meddling in the presidential election Trump should “nominate Merrick Garland to replace James Comey.”