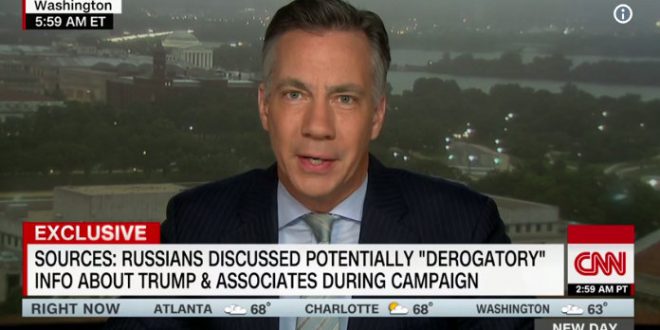 This is probably what spawned Trump’s latest tweet. CNN reports:

Russian government officials discussed having potentially “derogatory” information about then-presidential candidate Donald Trump and some of his top aides in conversations intercepted by US intelligence during the 2016 election, according to two former intelligence officials and a congressional source.

One source described the information as financial in nature and said the discussion centered on whether the Russians had leverage over Trump’s inner circle. The source said the intercepted communications suggested to US intelligence that Russians believed “they had the ability to influence the administration through the derogatory information.”

But the sources, privy to the descriptions of the communications written by US intelligence, cautioned the Russian claims to one another “could have been exaggerated or even made up” as part of a disinformation campaign that the Russians did during the election.