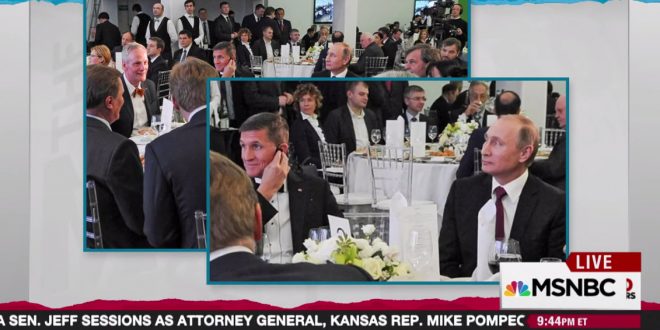 REPORT: Flynn Lied To Federal Investigators About Having Been Paid By Russia To Attend Putin Gala

Former National Security Adviser Michael Flynn appears to have lied to security clearance investigators by telling them he was paid by “U.S. companies” when he traveled to Russia in December 2015, according to a letter released Monday by the ranking Democrat on the House Oversight Committee.

“The Oversight Committee has in our possession documents that appear to indicate that General Flynn lied to the investigators who interviewed him in 2016 as part of his security clearance renewal,” said Rep. Elijiah Cummings of Maryland in a letter to committee chairman Jason Chaffetz (R-Utah).

“Specifically, the Committee has obtained a Report of Investigation dated March 14, 2016, showing that General Flynn told security clearance investigators that he was paid by ‘U.S. companies’ when he traveled to Moscow in December 2015 to dine at a gala with Russian President Vladimir Putin. The actual source of the funds for General Flynn’s trip was not a U.S. company, but the Russian media propaganda arm, RT.”