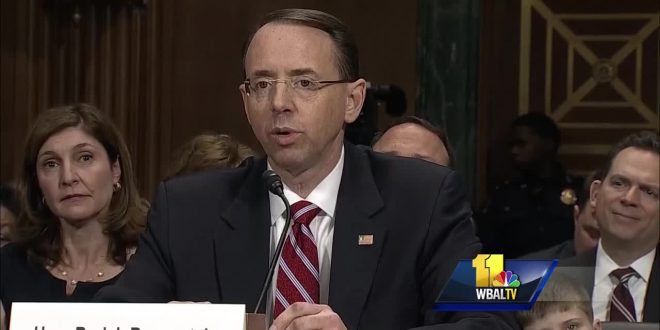 Back at work Monday morning in Washington, Trump told Vice President Pence and several senior aides — Reince Priebus, Stephen K. Bannon and Donald McGahn, among others — that he was ready to move on Comey.

The president already had decided to fire Comey, according to this person. But in the meeting, several White House officials said Trump gave Sessions and Rosenstein a directive: to explain in writing the case against Comey.

Rosenstein threatened to resign after the narrative emerging from the White House on Tuesday evening cast him as a prime mover of the decision to fire Comey and that the president acted only on his recommendation, said the person close to the White House, who spoke on the condition of anonymity because of the sensitivity of the matter.