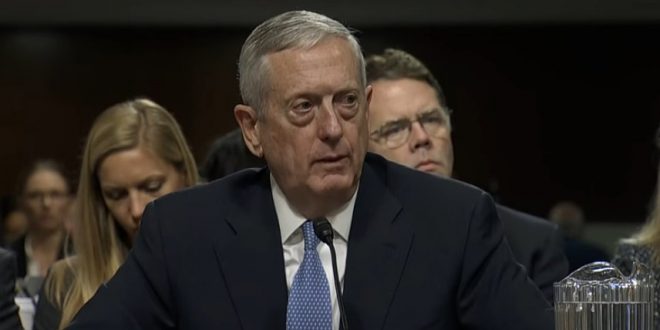 And the hits just keep coming. From the Washington Post:

We got a call Friday from a reader named Paul Redmond that The Post had accidentally published Secretary of Defense Jim Mattis’s private cell phone number. A story about President Trump’s bodyguard Keith Schiller, Redmond said, was accompanied by a photograph of the two of them walking on White House grounds. The bodyguard was holding a stack of papers, and, according to the caller, on the outside of those papers was a yellow sticky note that said “Jim, Mad Dog, Mattis” and had a phone number.

This of course sounds impossible. Way more care than that is taken around the president, right? The Secret Service is good at secrecy, generally. So I thanked the guy for the call and dubiously pulled up the photo in question. With the monitor turned 90 degrees and the photo blown up, indeed, I could make out a number and what might be “Jim, Mad Dog, Mattis,” if you have better eyesight than mine even when I squint. I called. I got the voice mail. It was him.