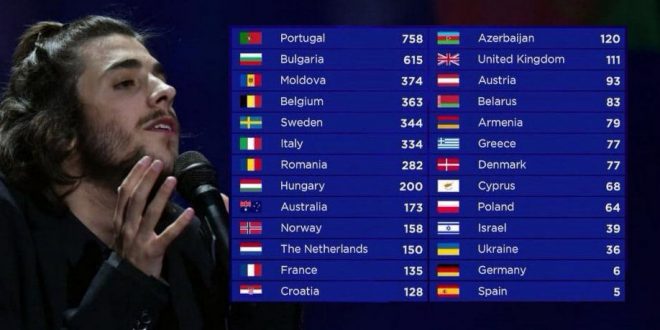 I really thought Italy and the dancing gorilla had this, especially since the video for their entry has over 114 million views on YouTube. Sky News reports:

Portugal has won its first-ever Eurovision Song Contest for Salvador Sobral’s performance of Amar Pelos Dois. Sobral, who has fought ill health to take part in the competition, was crowned winner during a tense finale in Kiev, Ukraine. He dedicated his win to “music that means something”.

“We live in a world of disposable music, fast food music without content and I think this can be a victory for music that means something,” he said. “Music is not fireworks, music is feeling … bring music back which is what matters.”

Sobral’s victory speech dissing of what many would say is Eurovision’s raison d’etre, not to mention the implied slam at his fellow contestants, was met with choruses of scorn on Twitter.