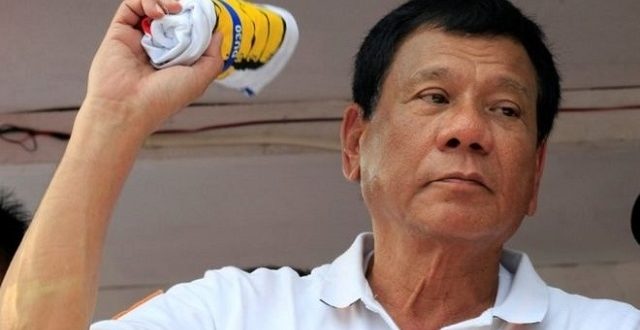 Philippine President Rodrigo Duterte joked Friday that soldiers could rape up to three women, as he reassured them of his full support under his newly imposed regional martial law.

Duterte, who often peppers his language with man-on-the-street curses, made the comments in jest during a speech at a military base to lift the spirits of troops tasked with quelling what he says is a fast-growing threat of Islamist terrorism.

RELATED: Duterte has bragged of “personally” murdering suspected criminals and has compared himself favorably to Adolf Hitler, saying that he would happily execute millions of drug users. Earlier this week it was reported that Trump praised Duterte’s “unbelievable job” in giving police and vigilante squads free rein to murder suspected drug users and dealers. An estimated 6000 Filipinos have been slain in the streets on Duterte’s orders.