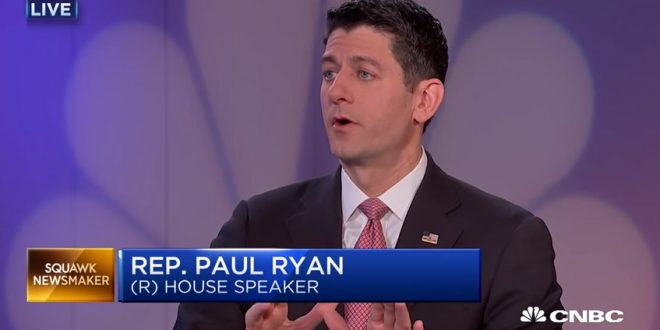 The latest version of the Republican effort to repeal and replace the Affordable Care Act teetered on the verge of failure Tuesday as the conversation among Republicans on Capitol Hill shifted to soul-searching and recriminations over what went wrong in their long campaign to end Obamacare. Though House leaders say they have not given up on the effort, no vote is planned and some senior GOP lawmakers signaled their dissent.

A failure to vote before the House goes on recess at the end of the week would mark the third time Republicans tried to muster support from their ranks to advance the healthcare overhaul, only to have to make an embarrassing retreat at the last minute.

House Speaker Paul D. Ryan and other leaders, including Vice President Mike Pence, engaged in a flurry of closed-door meetings at the Capitol. Some estimates put the vote count within single digits of the 216 needed for passage, but others numbered Republican defections at more than 30, well over the 22 the party can afford to lose.

President Donald Trump will meet with two House Republicans opposed to the current health care bill Wednesday as the White House tries to salvage its effort to repeal and replace Obamacare.

Reps. Billy Long of Missouri and Fred Upton of Michigan will meet with the President to participate in negotiations on how pre-existing conditions are covered, Long said. The President called about a dozen wavering Republican lawmakers throughout the day on Tuesday, urging them to back the health care bill, a White House official said.

It’s very much an open question, though, how helpful this may be, because the President often is suggesting on some calls he’s more open to changing the bill to win over moderates, each call creating a new dynamic.

Previous Maddow On Trump’s Failures: Would You Rather Have A Competent Person Trying To Do Bad Things? [VIDEO]
Next LIVE VIDEO: FBI Director James Comey Testifies Before Senate, Likely To Be Grilled About Trump And Russia