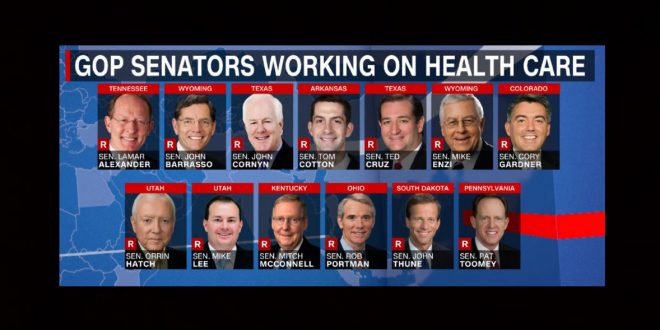 Notice Anything About The Senate Trumpcare Team?

The day after the American Health Care Act (AHCA) was passed in the US House of Representatives, a group of Republican senators are at work on a version they hope will pass in the Senate. The revisions are expected to be so substantial that the senators crafting the legislation are reportedly not even bothering starting with the text approved in the House, and instead will begin by drafting a health care bill from scratch.

The list of 13 senators working on the bill was first reported by Bloomberg and confirmed to Quartz by a Senate aide. That’s right: Three Johns, two Mikes, no women. Given that women (and minorities) would be especially affected by the bill that passed in the House, it’s especially striking that the group trying to craft a bill that would be more palatable to more members would look like this.