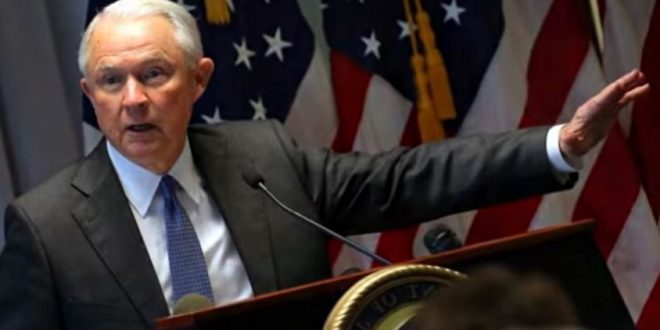 NOM has just released an important new video calling on all marriage supporters to sign our new petition to Attorney General Jeff Sessions to issue comprehensive rules to protect the religious liberty of people who support marriage, life and the truth of gender and ensure we are not targeted by the federal government because of our views. Please watch the video.

This powerful new video is part of our ongoing commitment to pressure the Trump administration to once and for all fulfill President Trump’s repeated promises to people of faith that his administration would “do everything in its power to defend and protect religious liberty.”

There are a number of things that we have applauded President Trump on since his election, especially the appointment of Neil Gorsuch to the US Supreme Court and the rescission of President Obama’s illegal transgender bathroom mandate in the public schools. But we are obligated to call President Trump out when he has not done what he has promised to do – and protecting the religious liberty of people of faith to continue to live out their beliefs about marriage, gender, life and human sexuality is at the top of the “unfulfilled promises” list.

There is still time for President Trump to get this right. That’s why we encourage you to watch our new video, share it with your friends and family, and then make sure that you and everyone you can reach has signed the petition to Attorney General Sessions.

NOM is a top group in the country continuing to pressure the Trump administration to fulfill the president’s promises to provide comprehensive religious liberty protections. We need to raise additional funds to expand the launch of this video and invite more people to sign the petition.

As always, the press release contains more than a dozen links to NOM’s donation page. Signing the petition also puts you on their money beg list.