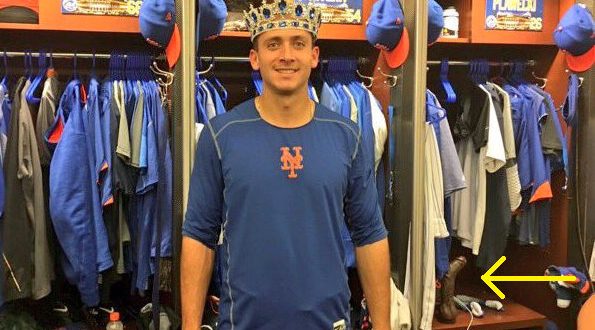 The New York Mets are having a disastrous start to their season, but on Friday night, they came back to beat the Miami Marlins, 8-7. That called for a celebration picture on the team’s Twitter account! They chose to feature T.J. Rivera, who hit a game-tying double and a home run.

But of course the internet is quite unforgiving, and this morning the people called for answers. The Mets play at 7:10 p.m. ET on Saturday night, and the world will be waiting for their explanation. Can we all agree we need a Plawecki #RallyDong promotion? Or at least a @The7Line shirt with a nice double entendre #LGM @sschreiber13

I have a better curve than @MattHarvey33

Previous IDAHO: GOP Rep Tells Audience “Nobody Dies Because They Don’t Have Access To Health Care” [VIDEO]
Next US Extremists Promote Hack Attack On France’s Macron