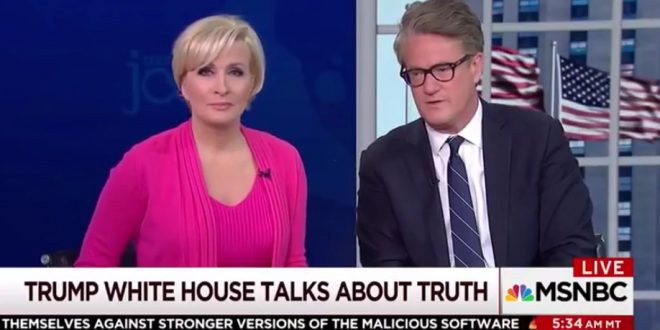 MSNBC morning hosts Mika Brzezinski and Joe Scarborough stepped up their attacks on President Donald Trump’s adviser Kellyanne Conway on Monday, telling viewers that she secretly loathes her employer and hates spinning for him.

According to Brzezinski, during Trump’s presidential bid, Conway would express disgust at having to defend Trump at the end of segments, but only when the camera was off:

“This is a woman, by the way, who came on our show during the campaign and would shill for Trump in extensive fashion and then she would get off the air, the camera would be turned off, the microphone would be taken off and she would say ‘bleeech I need to take a shower’ because she disliked her candidate so much.”