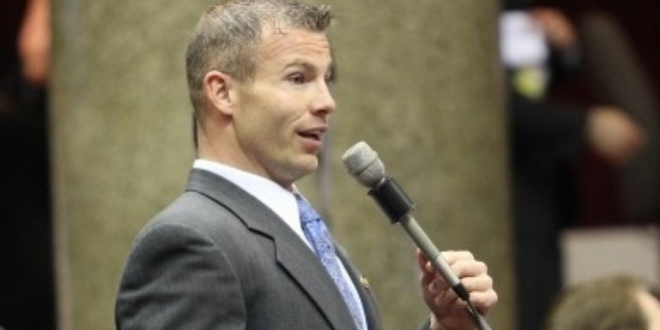 Rick Brattin, a Missouri state representative from Harrisonville, seems pretty certain: Homosexuality and humanity are incompatible. “When you look at the tenets of religion, of the Bible, of the Qur’an, of other religions,” he said Monday, “there is a distinction between homosexuality and just being a human being.”

The statement, made on the Missouri House floor, was deplorable. It betrayed a stunning lack of understanding of theology and self-government: The Constitution protects all Americans from the tyranny of any single faith-based approach to secular law.

We asked Rep. Brattin to explain his statement, but he did not return a phone call to his office. It isn’t the first time state Brattin has tripped over the Constitution.

He has sought an equal footing for teaching creationism in public schools. He proposed requiring the father’s consent before an abortion except in cases of “legitimate rape.” He suggested college football players who refuse to play for political reasons should lose their scholarships.

Brattin’s comments came during an failed attempt to pass a statewide LGBT rights bill. Instead, the Missouri House passed a bill that would make it more difficult for anybody to sue for discrimination. (Tipped by JMG reader Homer)

Previous REPORT: Deputy Attorney General Threatened To Resign After Trump Pinned James Comey’s Firing On Him
Next RUSSIA: Police Arrest Five Activists As They Attempt To Deliver Petitions Calling For Action In Chechnya