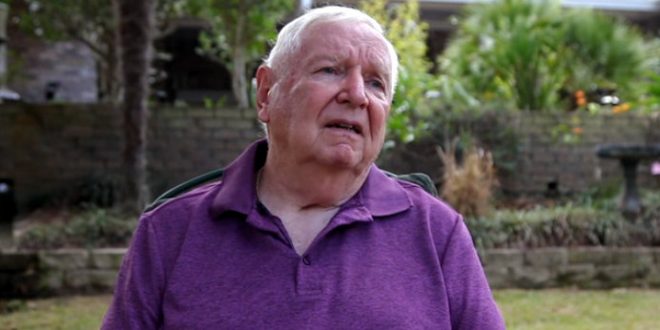 One Mississippi family’s pain and grief after losing a loved one was compounded when the local funeral home suddenly refused to perform their relative’s cremation because he was gay. Robert Huskey passed away in May 2016 after his heart condition worsened over the previous year. Knowing that his death was imminent, Huskey’s nephew had made arrangements with the local funeral home the month before his passing.

But according to a lawsuit announced Tuesday by Lambda Legal, the Picayune Funeral Home suddenly refused to pick up and cremate Huskey’s body as planned on the day of his death. All because that day, the lawsuit alleges, the funeral home discovered Huskey was gay and married to Jack Zawadski [photo], his partner of 52 years.

“I felt as if all the air had been knocked out of me,” Zawadski said in a statement released Tuesday. “Bob was my life, and we had always felt so welcome in this community. And then, at a moment of such personal pain and loss, to have someone do what they did to me, to us, to Bob, I just couldn’t believe it. No one should be put through what we were put through.”

Mississippi offers no discrimination protections to LGBT citizens in any category. In fact, a recently approved law to legalize anti-LGBT discrimination by businesses is currently tied up in the courts.