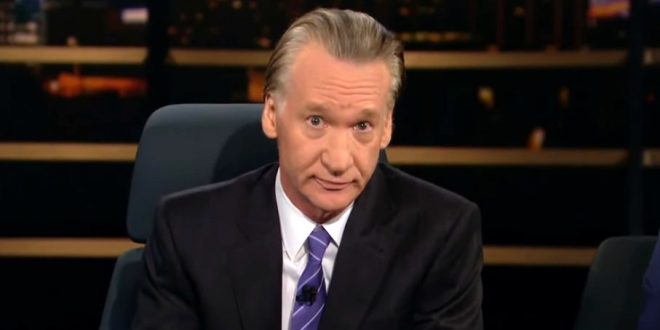 Bill Maher took aim on Friday at liberals who “couldn’t bring themselves to vote” for Democratic candidate Hillary Clinton in the 2016 election. The “Real Time” host asked the “liberal purists” who said Clinton was “the lesser of two evils” how they were feeling now that President Donald Trump had celebrated his first 100 days in office last Saturday.

“Just wait until the 5 to 4 decisions start rolling in, gutting unions, making it harder for minorities to vote, siding with polluters, overturning abortion rights,” he said. “Then maybe you’ll join me in saying to the liberal purists, go fuck yourselves with a locally grown organic cucumber.”

Previous FRANCE: Final Macron Ad Warns Of What Happened To Hillary: “The Worst Is Not Impossible, Vote” [VIDEO]
Next BEIJING: Kushner Family Pitches Visas To The Wealthy In Return For $500K Investment In Their Business