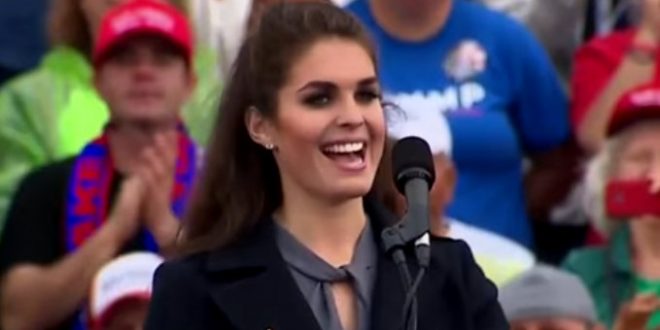 In response to a report by The Washington Post that details President Trump’s tendency to be demeaning and his condescending backhanded comments toward members of his staff, White House spokeswoman Hope Hicks issued a statement about her boss that showered him with exaggerated compliments, to say the least.

“President Trump has a magnetic personality and exudes positive energy, which is infectious to those around him,” the statement said. “He has an unparalleled ability to communicate with people, whether he is speaking to a room of three or an arena of 30,000. He has built great relationships throughout his life and treats everyone with respect. He is brilliant with a great sense of humor . . . and an amazing ability to make people feel special and aspire to be more than even they thought possible.”

Hope Hicks does a hilarious impression of North Korean propaganda in this quote to @AshleyRParker pic.twitter.com/rngJjcSev4