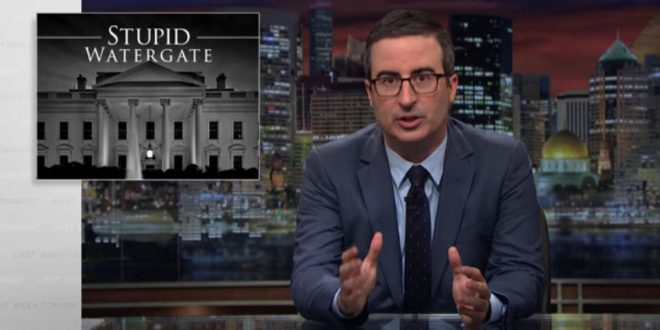 As a rule, Last Week Tonight takes the form of a Daily Show-style recap of the week in appalling news, then a long segment of host John Oliver doing a more extensive survey of a lesser known, somehow more appalling single issue. But this past week of unrelenting, unprecedented bullshit flung from the Trump White House may have finally broken Oliver. Or at least broken his format, as Oliver and company made the decision to set aside their prepared exposé of the state of the TSA (short version: things are bad) and commit the majority of the show to analyzing every stinky facet of the week that was (so jaw-droppingly, bafflingly awful).