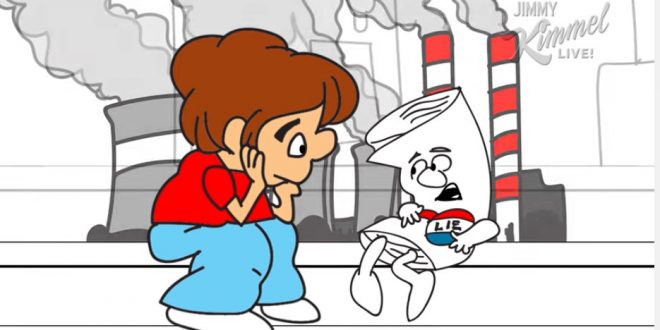 Jimmy Kimmel is taking it upon himself to explain the Trump administration to the kids. On Tuesday’s Jimmy Kimmel Live! the host introduced an animated video in the style of Schoolhouse Rock!, parodying the famous song “I’m Just a Bill” in order to explain President Donald Trump’s rhetoric and what he called “the new American way.”

“We are now living in a world of alternative facts. The president makes statements every day that aren’t necessarily based in truth, which is frustrating to some people and confusing to others, especially young people,” explained Kimmel. So he “took a cue from Schoolhouse Rock!” to explain “how it all works.”

Previous Vladimir Putin: Trump Revealed No Secrets To Us And We’ll Give You The Meeting Transcripts To Prove It
Next NORTH CAROLINA: Gov. Roy Cooper Promises Executive Order On LGBT Rights, Local Hate Group Screams