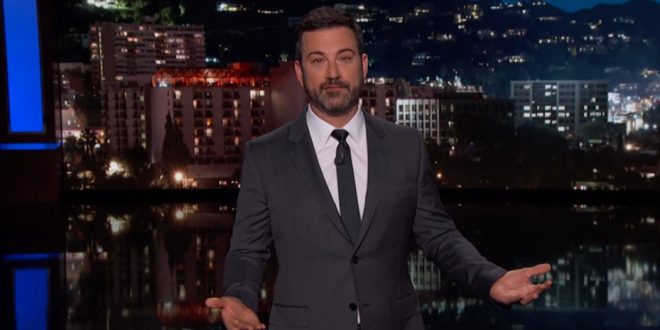 Kimmel, 49, revealed last Monday that his son underwent surgery on his heart three days after he was born, and will require another procedure when he’s a little bigger in three to six months. During his monologue, Kimmel asked all politicians to come together to ensure healthcare for all Americans, especially those who have pre-existing health conditions. Though there were many who supported Kimmel’s point of view, he noted that there were many others who called him an “out of touch Hollywood elitist.” To those critics, the late night host offered a sarcastic apology.

You’ll want to watch this.