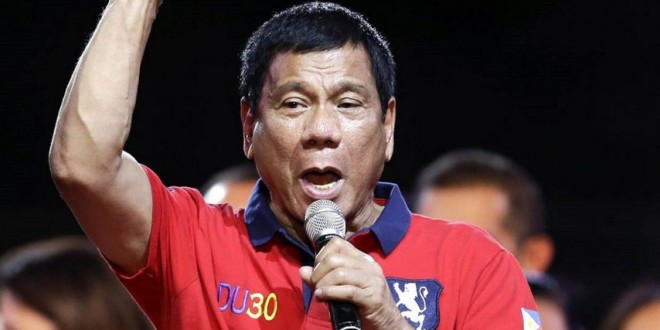 A U.S.-based human rights group says President Donald Trump should not roll out the White House red carpet for Philippine leader Rodrigo Duterte, whom it accused of being a “mastermind” of mass murder because of his anti-drug crackdown in which thousands have died.

Human Rights Watch and other critics reacted with alarm Monday at Trump’s invitation to Duterte to visit the White House. In a telephone call, Trump also affirmed America’s alliance and friendship with the Philippines and its president, who has maintained an antagonistic stance toward U.S. security policies.

The U.S. and other countries close to the Philippines “have an obligation to urge accountability for the victims of Duterte’s abusive drug war, rather than offer to roll out the red carpet for official state visits with its mastermind,” said Phelim Kine, HRW’s deputy director for Asia.

Duterte has bragged that he has “personally” murdered suspected criminals and has favorably compared himself to Adolf Hitler, saying that he would happily execute millions of drug users.

Previous Trump Wonders: “Why Was There The Civil War?”
Next Casino Lawyer Got 2009 Phone Call: If You Don’t Stop Fucking With Mr. Trump, We’re Coming For Your Kids