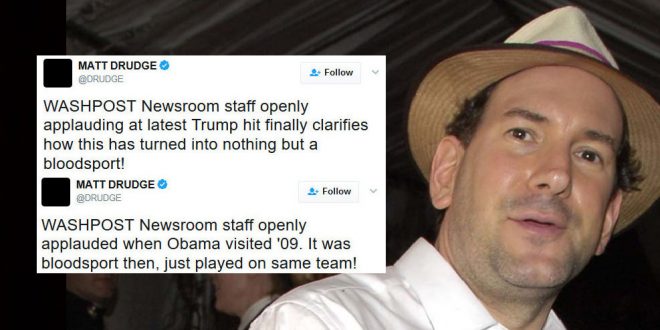 The Drudge tweet comes after the Post’s Glenn Kessler tweeted Monday night that applause broke out in the newsroom when internet traffic for the Post’s exclusive surpassed readers for its October report on the infamous “Access Hollywood” tape that caught Trump’s off-camera lewd comments about women back in 2006.

I’ve been fact-checked: Applause in the newsroom as the Russia-leak scoop breaks the Hollywood Access record for most readers per SECOND

Previous Mitch McConnell Laments Relentless Trump “Drama”
Next NYT Op-Ed: When The World Is Led By A Child