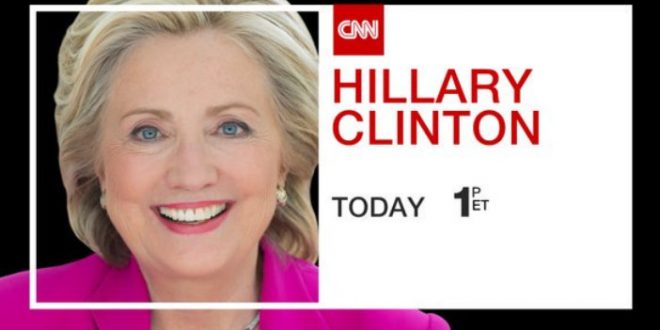 Democratic politicians on Tuesday praised late-night television host Jimmy Kimmel’s emotional monologue about his son’s heart surgery and plea for health care access in the United States. The tweeted responses came as Republican leaders continue to try and push an Obamacare repeal and replace bill through the House.

“Watch and prepare to tear up,” Hillary Clinton tweeted Tuesday morning. “Thanks Jimmy Kimmel for sharing your story and reminding us what’s at stake with health care.”

During Kimmel’s emotional monologue, the host opened up about his son’s battle with a heart defect. He defended the Affordable Care Act, also known as Obamacare, and encouraged viewers to put aside their political differences to hold politicians accountable for health care issues.

I’ll have video of Clinton’s CNN appearance after it’s over as there doesn’t appear to be an embeddable live-stream.

Watch & prepare to tear up. Thanks @jimmykimmel for sharing your story & reminding us what’s at stake w/health care.https://t.co/2kTEeUEG2f