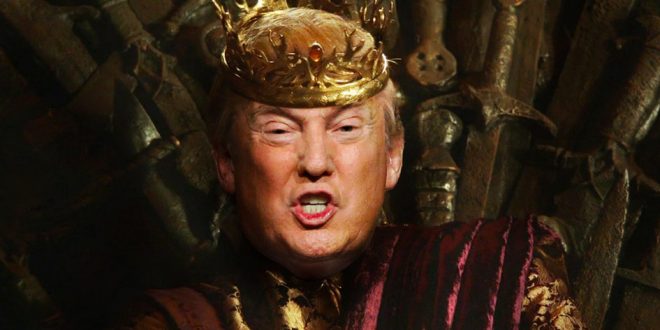 “Game of Thrones” author George R.R. Martin and star of the HBO series Kit Harington don’t think highly of President Donald Trump. In a new profile of Harington for Esquire, the two men weighed in on comparisons between the HBO hit fantasy drama and today’s politics.

“I think Joffrey is now the king in America,” Martin told Esquire . “And he’s grown up just as petulant and irrational as he was when he was 13 in the books.”

While Harington — whose heroic “Thrones” character, Jon Snow, was famously brought back from death — told Esquire that he prefers not to speak on politics, he nevertheless made it clear that he doesn’t have a high opinion of Trump.

“Mister Donald Trump — I wouldn’t call him President, I’ll call him Mister,” the actor said. “I think this man at the head of your country is a con artist.”