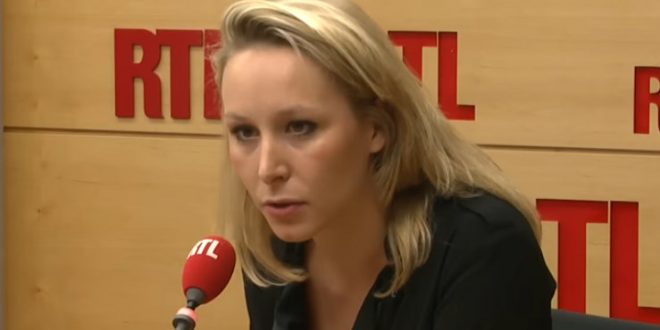 French Front National firebrand, and niece of Marine Le Pen, Marion Maréchal-Le Pen has announced she is to step down from politics citing personal reasons. Ms. Maréchal-Le Pen made her announcement on Tuesday afternoon saying she would not be seeking office for the French legislative elections set to occur next month. She told the press she wants to spend more time with her young child and escape the “whirlwind” of political life, Le Figaro reports.

According to various sources, there was some conflict between Ms. Maréchal-Le Pen and her aunt Marine Le Pen who was recently defeated by independent presidential candidate Emmanuel Macron. Somewhat sympathetic to her grandfather Jean-Marie Le Pen, Marion had difficulty keeping a low profile when Jean-Marie was eventually kicked out of the party by Marine.

For Marion, the base of the Front National is conservative, Catholic, and traditionalist, and she has opposed gay marriage and abortion to a much greater extent than her aunt. Marion had previously marched and spoke at rallies of the pro-traditional family group La Manif pour Tous (“Protest for All”) who slammed Macron as the “anti-family” candidate.

The youngest person ever elected to the French Parliament, last week Marion declared that same-sex marriage would be “demolished” once her aunt won the presidency. Last year she was hired by Steve Bannon as part of Breitbart‘s expansion into France and Germany, although the above-linked article makes no mention of that.

Previous SEATTLE: Mayor Ed Murray Drops Reelection Bid In Wake Of Decades-Old Abuse Allegations [VIDEO]
Next Sean Spicer: Trump Is Sending Out A “Certified Letter” Totally Proving That He Has No Connections To Russia