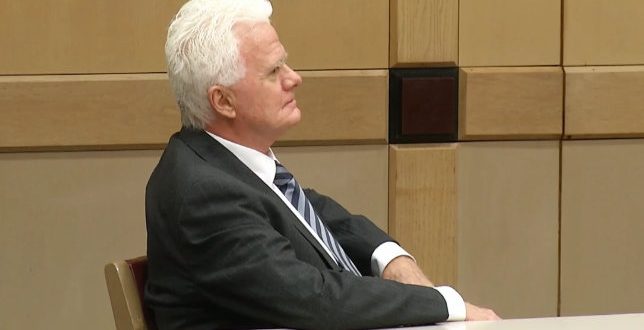 FLORIDA: Not Guilty Verdict For Man Who Claimed His Girlfriend Choked To Death On His Large Penis

Richard Henry Patterson, the Margate man who initially claimed his girlfriend choked to death during oral sex, was found not guilty today of second-degree murder. The verdict was announced just under five hours after the jury began its deliberations.

Patterson, 65, faced a maximum of life in prison if convicted of the murder of Francisca Marquinez, 60. whose decomposing body was found in her condo unit Oct. 28, 2015, after Patterson reached out for help from a defense lawyer, Ken Padowitz, without calling police.

Padowitz and Patterson embraced after the verdict was read, as family members of the victim sat in unconcealed frustration. “This is not justice,” one family member called out. Marquinez’s son, Omar Andrade, declined to comment as he left the courtroom.

Padowitz downplayed the argument that was a centerpiece of his opening statement, that Marquinez may have choked to death while performing oral sex on Patterson. Defense medical expert Ronald Wright said such a death was consistent with the physical evidence, but he agreed with the prosecution’s expert, Louri Boiko, who said it was unlikely because of what it would have involved.

On the opening day of the trial, Patterson’s lawyer demanded that the jury be shown his client’s reportedly large penis. That request resulted in a now globally-viral courtroom discussion over whether the penis should be erect or not when displayed.