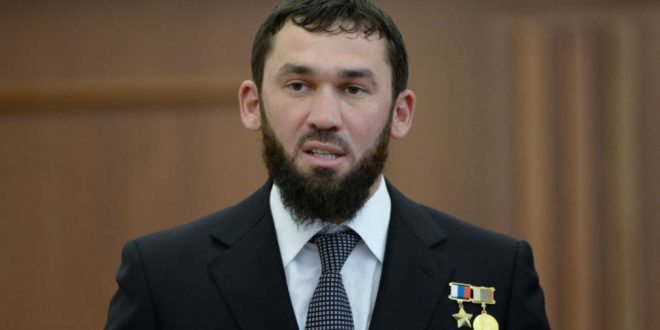 “All of the victims suffered repeated beatings,” the report said. “Security officials kicked them with booted feet, beat them with polypropylene pipes and sticks, and made other inmates beat them” — mostly on the men’s buttocks and legs.

“They put you face down on the floor and beat you with pipes,” one victim told Human Rights Watch. “Then they force other prisoners [held for allegedly supporting insurgents or for alleged drug offenses] to carry on with the beating. Each man gets some 70 to 80 blows. And so it goes…. And you literally turn black and blue from waist to toes.”

The rights group says local Chechen authorities also used electrocution devices to torture the victims. Former detainees described those devices as machines with a knob on one side and wires sticking out of it with metal clips at the ends — clips which were attached to the victims’ fingers, toes, and earlobes.

“They turn the knob, electric current hits you, and you start shaking,” a former detainee told Human Rights Watch. “And they keep turning the hellish machine, and the pain is just insane. You scream and scream and you no longer know who you are.”

“Finally, you faint,” the former detainee continued. “It all goes dark. But when you come to your senses, they start all over again. And once they’re done with you and you get your bearings, you hear other inmates screaming. The sounds of torture are just there all day, and at some point you start losing your mind.”

According to the report, the crusade against gay men was launched at the command of the speaker of Chechnya’s parliament, Magomed Daudov [photo], who has been seen at the “concentration camp” holding the prisoners. Hit the link for much more.