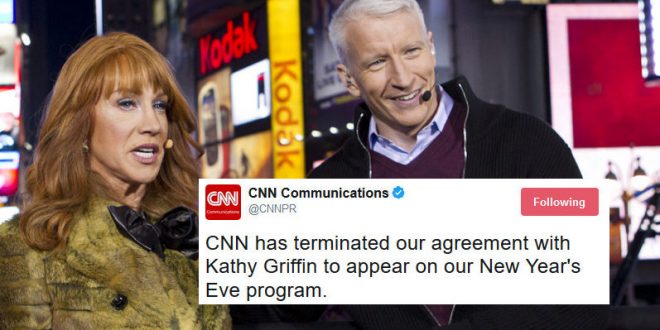 Kathy Griffin has lost her job co-hosting New Year’s Eve on CNN after she posted online a bloody image that resembled President Donald Trump. The network tweeted Wednesday afternoon that it has terminated its agreement with the comedian.

CNN, whose New Year’s Eve coverage Griffin has co-hosted for a decade, called the images “disgusting and offensive” and had suggested Tuesday that she might not be invited back. “We are pleased to see she has apologized,” CNN said in a statement, before going on to say they were “evaluating” their New Year’s Eve show.

CNN has terminated our agreement with Kathy Griffin to appear on our New Year’s Eve program.